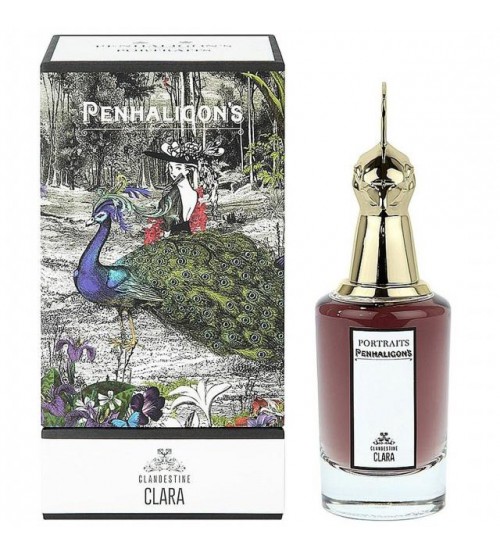 In the collection of the British brand Penhaligon`s are flavors, telling about those or other historical moments of England, as well as about the personalities who are somehow involved in them. One of them is Clandestine Clara, who tells about Clara, the mistress and favorite of Lord George. Here, now she flirts with him, spinning in a romantic dance, gives sweet nights. But the next day, as if it were not a lady at all, he was driving a car and smoking. This perfume is also revealed, amazing with its oriental bouquet of shades.

The laconic musical trio sounds like a third of nuances. The first of them, noble and aristocratic, is a sweet amber. Behind her independent intermezzo plays spicy, cozy and warm cinnamon, enveloping its pacifying bitterness. The final chord vibrates with an overtone of balsam patchouli, splashing out sparks of an alluring, musky-woody aftertaste.